A car buff might spot an autonomous Volvo XC90 at the roadside. The discreet sensors and cameras will give away that it is one of a fleet of 100 of the SUVs that Volvo customers in Gothenburg, the carmaker’s home town, will be allocated in 2017 in a trial to gauge how people take to autonomous motoring. Anyone will be able to identify the car in action. As cars piloted by humans whizz past on one of the highways in the city designated for the experiment, the Volvo will draw attention by sticking doggedly to the speed limit. But the Swede in the driving seat, freed to check e-mails or look over her shoulder to keep children in check, may not care that the journey takes a few minutes longer.

Volvo plans to run similar-sized fleets in London and several Chinese cities too. Although carmakers and tech firms, such as Google, have been testing self-driving cars on public roads for some time, no members of the public have yet been handed the keys to one. But Volvo is keen to see how ordinary motorists react to autonomous driving and the problems they face, such as how to take back control when the autonomous-driving phase of a journey ends.

Those hoping to set their destination into the navigation system and slumber as the Volvo takes the strain are out of luck. The XC90s will operate autonomously—slowing down, speeding up and changing lanes where necessary—on only a few designated stretches of four-lane highways around Gothenburg. Human intervention will be required for the rest of the journey. And if the car runs into difficulties in autonomous mode (say, roadworks appear which the car cannot negotiate), the driver will need to resume control.

This hand-back is tricky. A driver immersed in another activity may need plenty of notice to assume safe control of 2 tonnes of speeding metal. In that sense, the system is scarcely an advance from driver aids that are already available on many luxury cars and are also capable of braking and accelerating independently. Those, however, require drivers to keep hold of the wheel and fix their eyes on the road constantly.

This problem explains a growing interest in “robo­taxis”, cars or pods without a steering wheel or pedals, which can make entire journeys on crowded city roads that are complex to navigate. Removing the expensive human component gives these vehicles a clear business case. Ford says that it will develop a mass-market version by 2021. Uber, a ride-hailing giant, is testing a service in Pittsburgh using Ford saloons and adding its own software. Singapore is setting aside a small part of the city for robotaxis based on adapted Renaults and Mitsubishis. GM, in cahoots with Lyft, another ride-hailing firm, has similar plans. Tech firms and carmakers alike are working hard on autonomous cars for business and pleasure, and most hope to have something to show for it in around five years.

So the race is on, but roadblocks abound. Every week a new glitch seems to crop up. Swedish law, for example, requires cars to stop if a roadside policeman holds up a hand; Volvo’s sensors and software can recognise the hand but not if it belongs to a cop or a carjacker. Junctions are tricky at the best of times, but more so when each country has a slightly different traffic-light system. And it is unclear whether a burst of acceleration that breaks the speed limit but gets a driverless car out of danger will be permitted. Having to stick to the speed limit is just one of the brakes on driverless cars.

The Hyper-Matrix is comprised of a steel scaffolding and thousands of lightweight, 300mm x 300mm cubes, each attached to its own stepper motor.

Lots of future possibilities with this one. 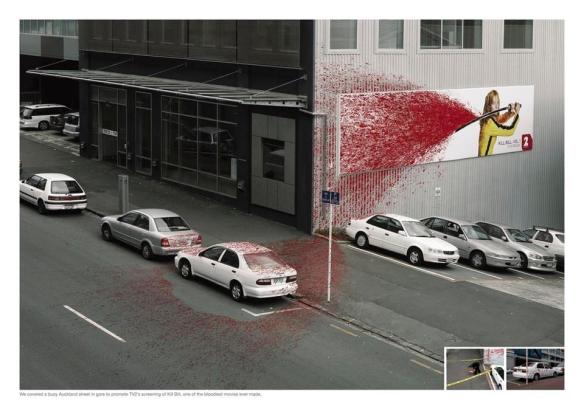 A picture paints a thousand words in this one.

It will most likely be the most talked about SuperBowl ad, but is this going to help buyers rally around the brand. The sentiment is strong, the emotion is impressive, but will Clint and Chrysler win versus the other cars in the halftime ad race? VW and Audi give them a good run for their money in my view.